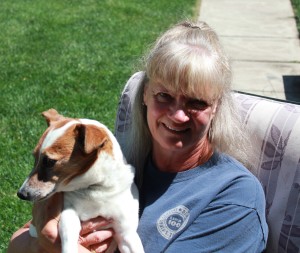 Judie Popplewell (nee Vandezande)studied at the Alberta College of Art & Design through  Continuing Education while at the same time,  building her career in marketing and raising her family along with husband Jim.

She has experimented with different mediums, but oil is definitely her favorite.  Favorite subjects are ranch scenes and heavy horses.  Her keen sense of horse anatomy comes from spending a lifetime surrounded by these beaufiful animals.  She also takes time to complete a few commissions of pets each year.

Judie and her husband developed and managed  an equestrian facility called Sandpiper Stables in 1976.  The facility housed 80 to 100 horses.  They consider this the biggest challenge they ever faced and also the one that opened many doors to the future.  Judie is an avid horsewoman having competed in eventing and hunter/jumper shows.  She enjoys riding several times a week and enjoys just being with her horse, Abel.

Her work has been accepted in prestigious shows such as the Calgary Exhibition and Stampede Western Art Show, The American Academy of Equine Art in Lexington KY, the Toronto Royal Fair, Spruce Meadows Red Ribbon Agrium (Best of Shows 1997), the Edmonton Western Art and trappings Show and Harness Tracks of America.  Her involvement in The Calgary Stampede Western Art Show has been career changing having participated in the show every year since 1995.

Her work can be found in many private and corporate collections.